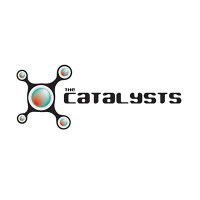 How did you meet and what’s the story behind your band name?

The Collective was formed last year, It came about from the vocalists involved John Keenan, Lois Entwistle and Siobhan Pryce featuring on what was going to originally be a solo project for an emcee by the name of Calibre. once the rough tracks were completed, we decided we wanted the tracks to have an even more dynamic sound so we enlisted the help of bass music producer J.D McLellan to beef up all the original beats and keys and help transform them from electro/hip-hop to more heavy Bass Dubstep. Once the initial tracks were completed we felt we had something fresh and a little different with the fusion of different backgrounds evident within the tracks which led to us coming up with the name The Catalysts

How would you describe your music?

I think the best description of us so far came from the UK DnB/Dubstep label who will be releasing our debut single in May, DLA Black (part of Dirt Lies and Audio), who described us as a “Gigantic fusion of hard dubstep, electro and hip-hop, something special”

What have you been up to so far and what can we expect over the coming months?

Our debut single No Sleep will be dropping on DLA Black 10/05/13 which was perhaps the stand out track from our 4 track demo Throw Stones EP. We have been collaborating on tracks with different producers and vocalists both as a collective and individually. The Catalysts will be featuring on AV8 records Hong Kong based DJ/Producer DJ Yin’s Made in HK album later this year which from what I’ve heard will be awesome!! also underway are tracks with fellow DLA Black artist Voltage Dubstep amongst others. Calibre has numerous projects underway, the one nearest to completion is The Starman EP which is a hiphop/grime collaboration with Essex based producer Psythe and is coming together nicely. Lois Entwistle has been receiving some very exciting offers for projects which are hush hush right now as much as we would love to promote, this has picked up pace particularly since Salford based UK/Japanese producer Sky-Fi remixed Catalysts track Playing with Knives and further exposed Lois’s sound. John Keenan’s new band which will soon be named is also starting to hit the studio in a big way and from what were hearing will certainly be looking to make a big impact so the coming months could definitely bare fruit.

If you could duet with anybody who would it be and why?

That was changed many times and took a while!

What’s your desert island disc and why would you take this one album?

John – thought intensely and just couldn’t decide
Calibre – tough one, only album I’ve ever listened to all the way through and never skipped a track EVER is the debut Nas album Illmatic so it probably has to be that
Lois – changes all the time but right now Biro Funk by Braintax
Siobhan – The Evolution of Robin Thicke