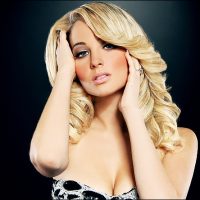 One Direction have managed to do what no other British act has ever done. The band have celebrated this week as their debut album went directly to the number one spot on the American album charts. Well done to the home grown talent.

NME are currently holding a poll to see who the biggest icon of the last 60 years. To cast your vote then go to the following website NME.COM/UltimateIcon

The White Stripes frontman Jack White has vehemently denied rumours of a reunion. Whilst fans desperately want the band to reform Jack has quashed any hopes, he has spoken out about this saying that there is “absolutely no chance” and “If we were forced to change our mind about that, I can only imagine the reason being if we went bankrupt or really needed the cash, which would be a really sad thing.” Boo.

An unusual but not unlikely collaboration has been announced this week. Marilyn Manson and Johnny Depp have teamed up to cover Carly Simon’s hit You’re So Vain. Manson is no stranger to cover versions, he has previously recorded Tainted Love and Sweet Dreams (Are Made of These).

The House of Doherty?

Pete Doherty has recently begun working with Kooples for a fashion campaign offering a range of clothes similar in style to that of Doherty’s. The line of clothing couture has also been modelled by the Libertines co-frontman. More information can be found at www.thekooples.com.

It has been announced this week that soul legend Stevie Wonder will be joining the line-up for 2012s Bestival. Wonder will headline along with New order and one other as of yet unnamed act.

Singer/Songwriter Carole King is to be celebrated as a BMI icon at the 60th BMI Pop Awards. King has penned some of the greatest songs including The Locomotion, Will You Still Love Me Tomorrow and You’ve Got A Friend. King is set to release a book A Natural Woman on April 10th.

A new App has been created by the people at Spotify. The App allows you to create playlists. What is new there, you are probably thinking. Well this App generated playlists and also allows you to pilfer music from your friends. For more information check out this video that explains it all –

Tulisa Contostavlos has been left shame faced recently. The N-Dubz singer and X-Factor judge was recently stopped at an airport in America due to strange vibrations coming from her suitcase. This reported lead to a 6 figure deal with the company that creates the Rabbit sex toy. This week her new single Young was due for release however, it seems people were talking more about her recently leaked sex tape rather than her music. Somewhat ironically the song includes the lyrics “Forgive us for what we have done, ‘cause we’re young.” Contostavlos has spoken out about the tape saying “As you can imagine, I am devastated, heartbroken. When you share an intimate moment with someone that you love and care about and trust, you never imagine that footage will be shared with the world.”

21 has now surpassed Dire Straits album Brothers In Arms in album sales. She is now sixth in the all-time UK album best sellers list. The five albums ahead of Adele’s 21 are shown below.

To celebrate its 40th anniversary since the original release, David Bowies The Rise and Fall of Ziggy Stardust and the Spiders From Mars is being re-issued in June on CD and Vinyl.

RHCP have revealed details that they are trying to woo Jimmy Page to join them on stage for their upcoming Knebworth shows. The band has revealed that performing with the Led Zeppelin legend is on their ‘bucket’ list.

Nick Oliveri, ex-bassist with Queens Of The Stoneage has spoken out on his departure from the band. Oliveri was asked to leave the band in 2004 by front man Josh Homme. Whilst the details have always been shrouded in mystery it has been revealed it was due to Oliveri’s disrespectful nature towards fans and also his abusive relationship with Homme’s girlfriend. Oliveri has said that in the same position that he would have “axed” him too.

Bleech will be touring heavily over the next few months. You can catch them on the following dates.

19th May – The Maze, Nottingham

Get down to any of the following dates and check out Broken Hands.

22nd May – The Cumberland Arms, Newcastle

30th May – The Lexington, London

Feeder has announced details of a November tour. The band will be playing a handful of festival dates this summer but will also embark on a healing tour later in the year.

Gossip have two upcoming UK dates. Make sure you get down to their show.

Lauren Hill is returning to the UK after five years of not performing on British soil. Tickets for her show are available via www.livenation.co.uk.

Nicki Minaj is bringing her Pink Fridays tour to the UK. You can catch her in July at the following venues. Tickets are available via www.livenation.co.uk.

Nickleback are set to tour the UK. Tickets are available via www.livenation.co.uk.

Ny will be supporting Plan B on his upcoming tour.

Former House Martins and Beautiful South Frontman will be touring in July. Tickets are available via www.gigsandtours.com.